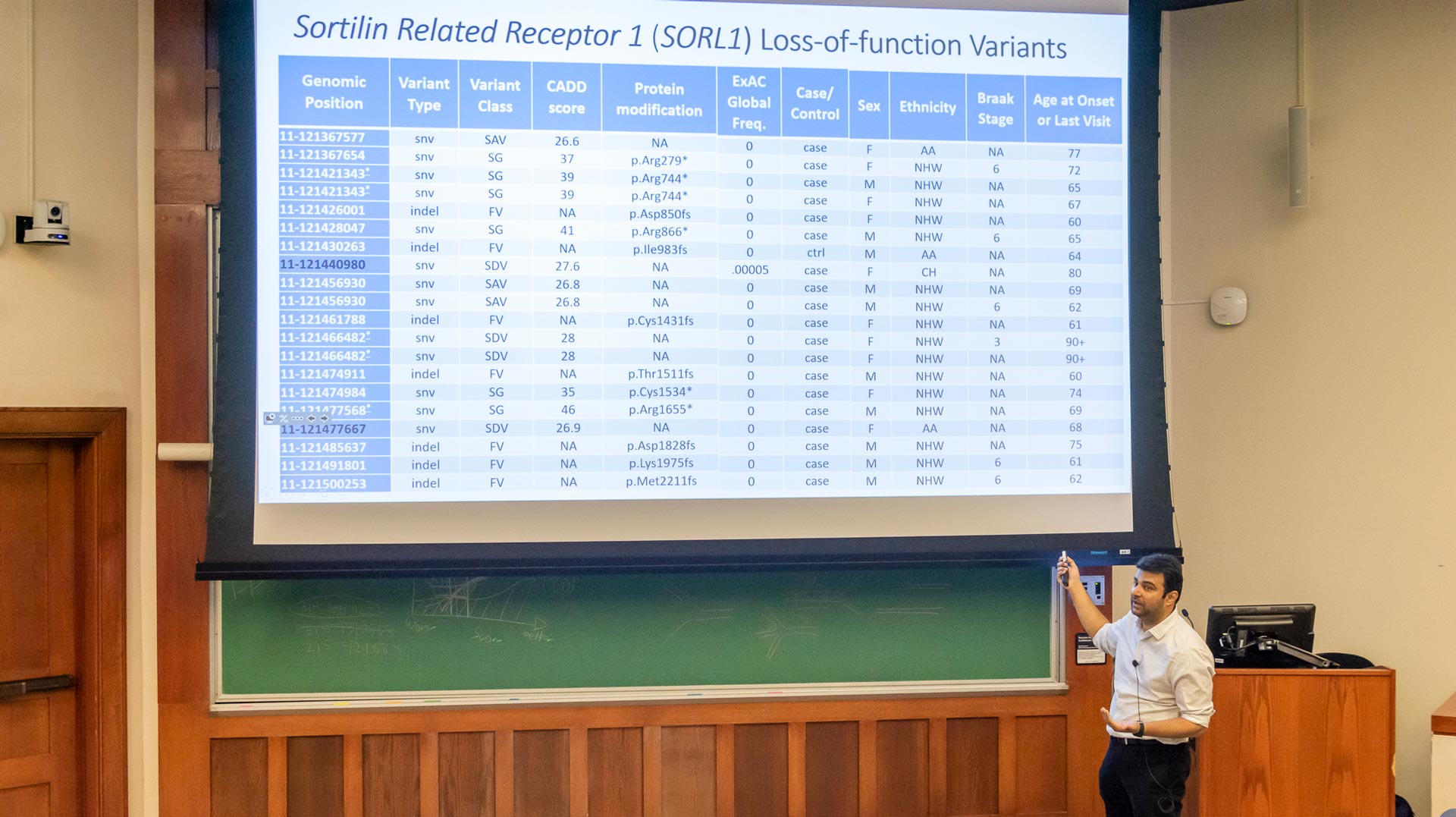 Penn Neurodegeneration Genomics Center (PNGC) had the exciting opportunity to host Dr. Badri Vardarajan last semester. Dr. Vardarajan gave a seminar style talk around some of the work he and his team are doing at Columbia, and we’ve recapped below.

Dr. Vardarajan has a background in computational biology and is an Assistant Professor of Bioinformatics in Neurology at Columbia University, as well as a faculty member of the Sergievsky Center. He plays an important role in leading various Alzheimer’s Disease Genetics Consortium (ADGC) projects. At Penn, he presented on a number of projects taking place at Columbia. One of the main focuses of his work has been on a project called “Next-generation sequencing in Caribbean Hispanic families for Late-Onset Alzheimer’s Disease” that has been ongoing for about two decades. Study samples include a community based study called Washington Heights/ Inwood Columbia Aging Project (WHICAP) and a familial study called Estudio Familiar de Influencia Genetica en Alzheimer (EFIGA). The study cohort was also extended to large families from the Dominican Republic and Puerto Rico.