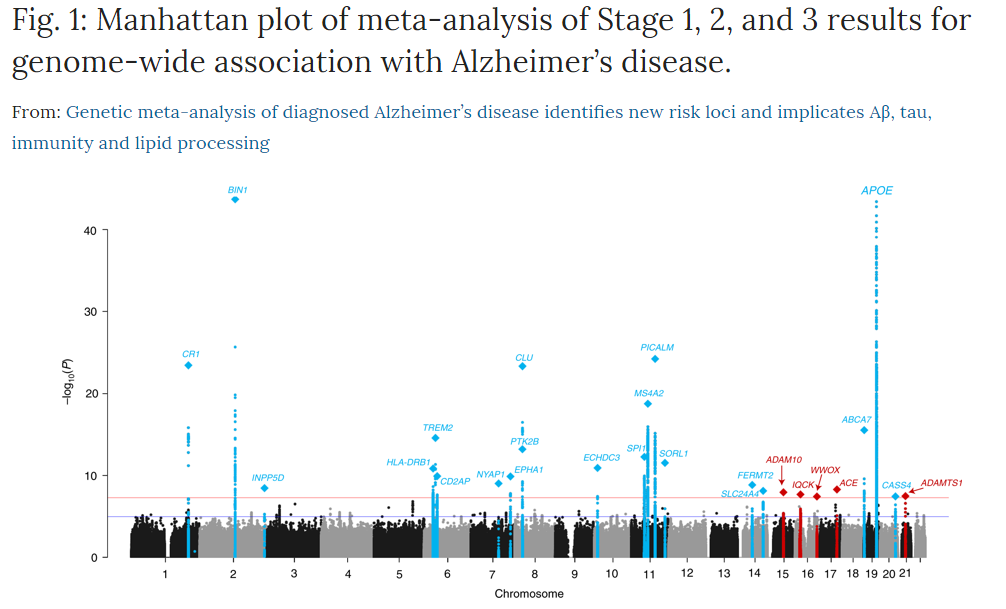 The International Genomics of Alzheimer’s Project (IGAP) has identified five new genes that increase risk for Alzheimer’s Disease, as well as confirmed the association of another 20 genes and AD risk. The consortium has also found that tau related mutations could play an earlier role in disease development than previously understood. IGAP is led by Gerard Schellenberg here at the University of Pennsylvania Perelman School of Medicine. A large portion of the data used in this research came from the Alzheimer’s Disease Genomics Consortium at Penn, which is part of IGAP.

Both the National Institute on Aging and Penn Medicine News have written press releases around this accomplishment. In Penn Medicine’s press release, titled “Largest-Ever Alzheimer’s Gene Study Reveals Five New Genes that Increase Risk”, Dr. Schellenberg stressed the importance of collaborating on an international scale in order to find results that are meaningful. This analysis in particular analyzed genes in 94,437 individuals, and a sample size like this one is extremely important in finding rare variants.

We encourage you to take a look at the pieces here (National Institute on Aging) and here (Penn Medicine).

The summary data from the analysis can be found at http://www.niagads.org/datasets under Accession Number NG00075 – IGAP Rare Variant Summary Statistics – Kunkle et al. (2019).